The challenge with analyzing an older object (like the one we’ve been assigned) is the challenge readers face when analyzing literature; objects, like words, change definition over time and space. Framing becomes a problem in each situation, this time because the framing agent (time) is missing. 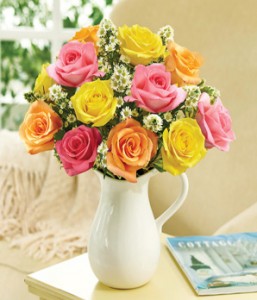 Source: foryouflowers.com A pitcher of juice in a kitchen becomes a rustic vase in the foyer. 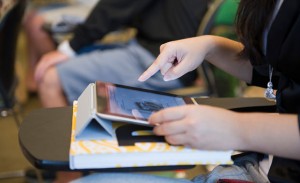 Source: appstorm.net An iPad is a teaching tool in a classroom, but in a bedroom the iPad becomes an advanced remote control or a small television.

Thus our jobs becomes the job of a private investigator or a forensic anthropologist, because we must begin to surmise what our object’s history really is. Figuring out the framing becomes an important part of understanding material culture.

The idea of understanding framing and culture for me culminates around the Disney movie Beauty and the Beast. The enchanted objects in the film are much like any other inanimate object, dutifully being a teapot, a clock, or a candelabra, until the enchantment combines them with the soul of a living person. Suddenly, the object gains more significance. The objects that each member of the staff become symbolize their roles in different ways. As the audience watches the film, they begin to understand each objec’s (and by proxy each person’s) role in the house.

Of course, without any framing, the enchanted objects would probably just seem like satanic objects in the Amityville Chateau. So next time you look at your object, or any object for that matter, think of the story behind it and what makes it special.