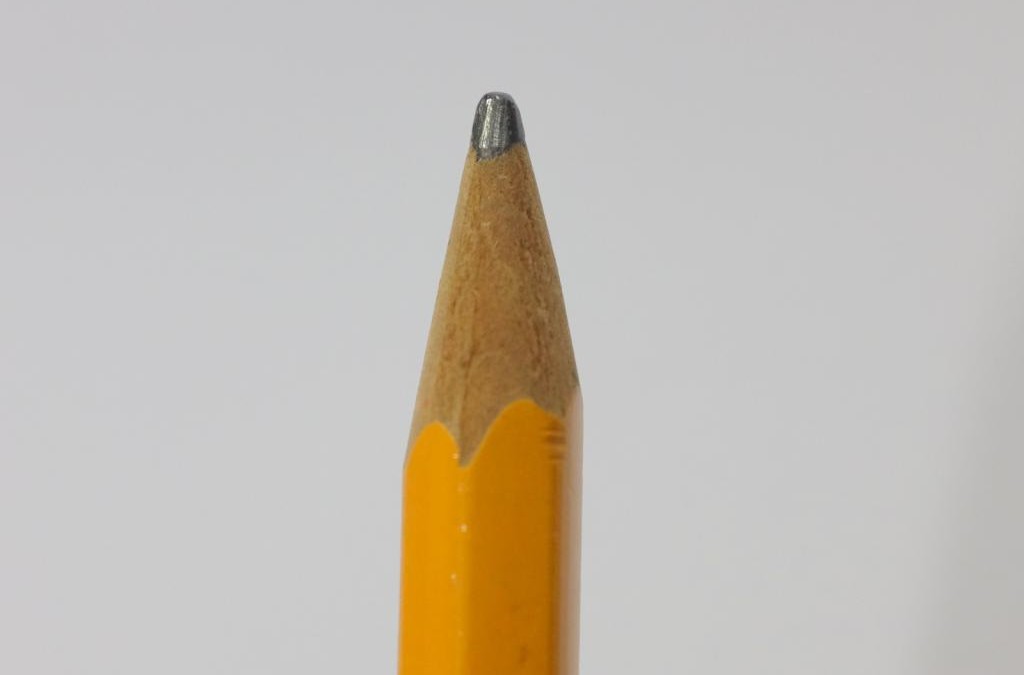 An object can shift in purpose as desired. It can function interchangeably from a tool or an ordinary, everyday object—used as directed, into an object capable of violence or some other form of abuse. Some objects are more notably abused than others and often are regulated in some form while others are less conspicuous or perhaps linger in a gray area—too controversial to regulate despite their bloodied history.

Personally, I believe any object that has the obvious capacity to be used as a violent weapon should be restricted in certain settings (out in public). For example–a baseball bat. It can be used for recreation out on a sports field but it really has no place, in say, a grocery store. One could easily assume a man carrying a baseball bat through Publix would have ill intentions with that object whether that was the case or not. People should be allowed to feel safe and secure as they go about their day, not uneasy about whether or not some man decides to abuse the function of a baseball bat. Just because an object wasn’t intended as a weapon doesn’t make it any less dangerous—people can and will make weapons out of these objects.

A baseball is an obvious example of a “potentially hazardous object” and might be banned in grocery stores—I don’t actually know—but other objects are not so easily identified as a threat. For example, in the 3rd grade, I witnessed a kid getting stabbed under the chin with a blunt pencil during a math test. The pencil wasn’t designed for such violence nor does the average person live in fear of a pencil. The teacher could never have anticipated a psychopathic child lashing out at one of his classmates with a pencil—a commonplace classroom object that children wield on a daily basis.

It was a wild instance of an innocent object being used for evil, a far cry from a threatening baseball bat, but dangerous nonetheless. Despite it’s hazardous shift in purpose, the pencil obviously can’t be banned from the classroom. It is a necessity in this environment. Perhaps, the teacher could take the rights away from that particular child and instead give the little deviant an arsenal of crayons to do his bidding—but ultimately nothing can prevent this incident from happening again with another student. Another pencil.

As far as fear of the object itself is concerned, a baseball bat is understandably feared for its solidity and the force with which that solidity can come swinging into your face, but the majority of people will never view the pencil as anything more than a writing tool, or, at most sinister—a device that causes hand cramps after a bout of strenuous note-taking. 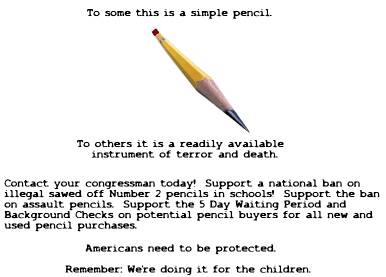 An outcry for pencil regulation

On the other hand, a pencil now has the potential to strike fear into the heart of the child who got viciously stabbed (and required several stitches). An “innocent tool” has taken on a new role as a terror device–a device very capable of serious bodily harm. He may never view a pencil in quite the same way as his peers.

The victim’s emotional and psychological trauma aside, it was the (heathen) child’s decision to abuse his pencil. A conscious choice was made in this situation that could not be anticipated nor prepared for as I mentioned before.

However, there are unassumingly dangerous objects that can be regulated. Take OTC drugs such as cold medicine for example. These drugs are sold as remedies for the common cold yet teenagers use them for their psychoactive ingredients to get high.

Whether in the form of syrup, pill, or capsule, these medications can be taken in higher-than-recommended dosages to achieve mind-altering effects, feelings of euphoria and relaxation—all of which, are, of course, unintended side effects. The real danger is that with overconsumption, cough and cold medicines affect the brain in the same way as illegal drugs–“Codeine attaches to the same cell receptors targeted by illegal opioids like heroin.” This abuse can lead to addiction. Abuse can also impair motor functions, induce vomiting, and can cause numbness, increased blood pressure, liver damage, brain damage, and even fatal overdose. Of course, when taken as intended, “cough and cold medicines safely treat symptoms of lower and upper respiratory congestion and discomfort caused by colds and flu.”

The fact is, cold medication is easily accessible and a legal, cheap alternative to marijuana and alcohol. Because the abuse has become more widespread over recent years and has such horrifying consequences, some states have taken preventative measures to make these items more difficult for teenagers to get ahold of; restricting the amount of cold medicine one can purchase in a single transaction, promoting Prevent Abuse of Cough Treatments (PACT), and legislating for laws to prevent the sales of OTC meds to people under the age of 21. This exemplifies the ways in which objects meant for good can also serve serious detrimental purpose and shows the complexity of the relationship between objects and people.

It also brings up the complexity of regulation. What objects require a barrier of protection? Who makes these decisions and who is affected? In what context?

Ultimately, “potentially dangerous objects” are situational as the title suggests. As they are not typically used for harm, regulatory measures are debatable. Though, funnily enough, even objects that are notoriously abused to cause harm are “debatably” dangerous and the demand for regulation is a “controversial issue”. Interesting.

*(To note: I’m aware that the pencil photo is actually mocking the need for gun control–comparing a gun to a pencil? really?– but it’s wonderfully literal in the context of this blog post!)